The Gorge Fire of 2017 will be remembered for many years into the future.  Camp Howard was affected with loss of rentals, a halt to the end of season work detail and a fear that the fire would make it’s way up the Bull Run toward the camp.  A thick hazy smoke engulfed the camp and the smell of burnt wood permeated the air.

BELOW: Heavy sprinkling of water around the dining hall with the big gun sprinkler settles the dust and cools the trees. 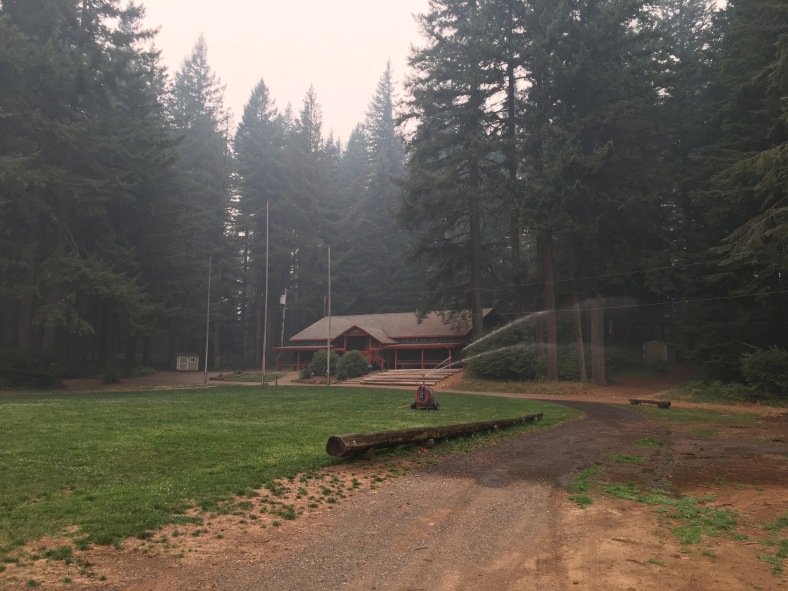 The big gun sprinkler doubles as a first line of defense in the event of a fire at camp.  The hose and nozzle accompany the sprinkling unit. 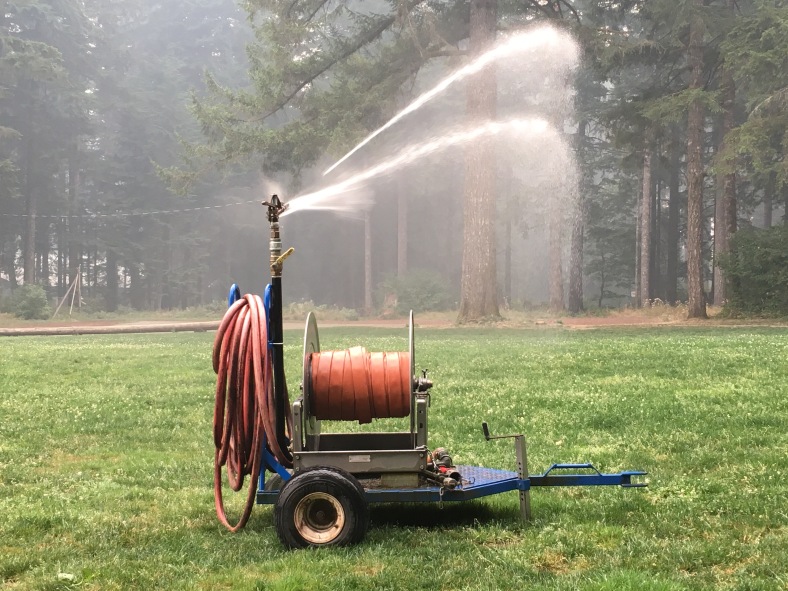 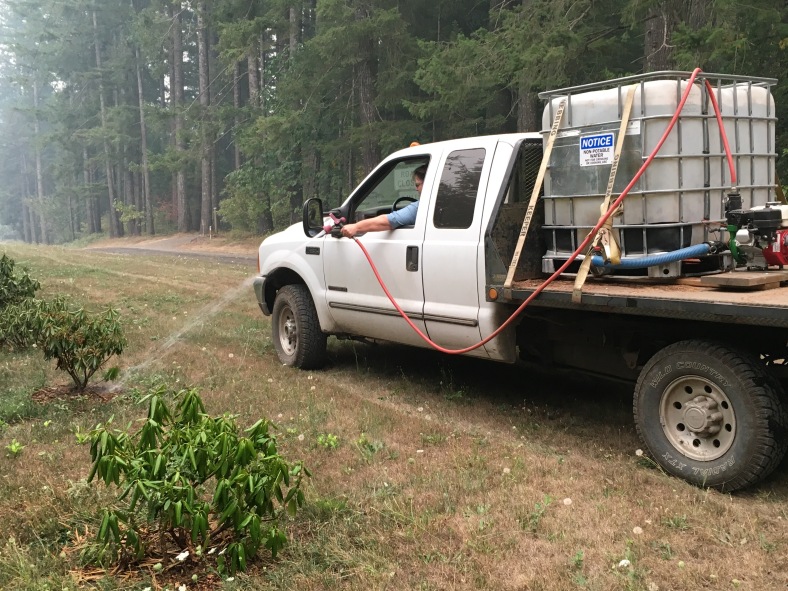 Smoke lingers throughout the camp. 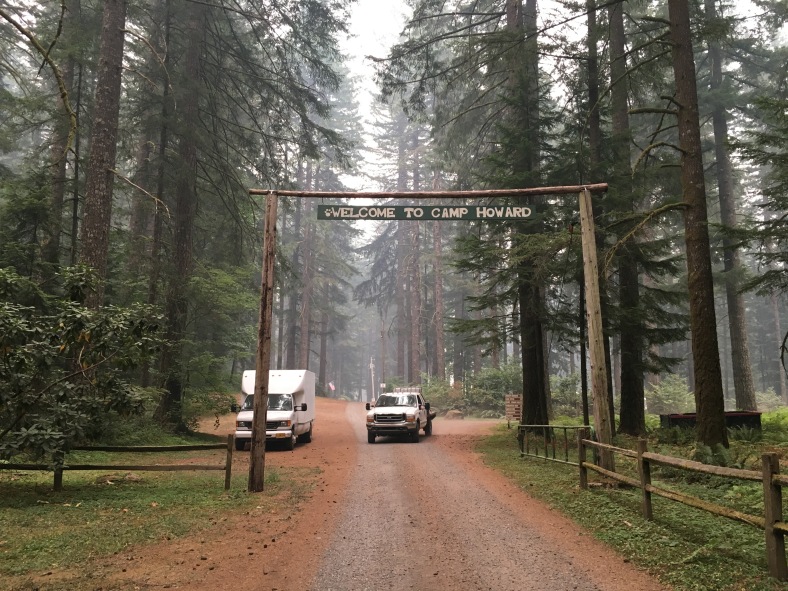 The hills beyond the Bull Run River are generally a crisp green blanket.  The smoke masks the view entirely. 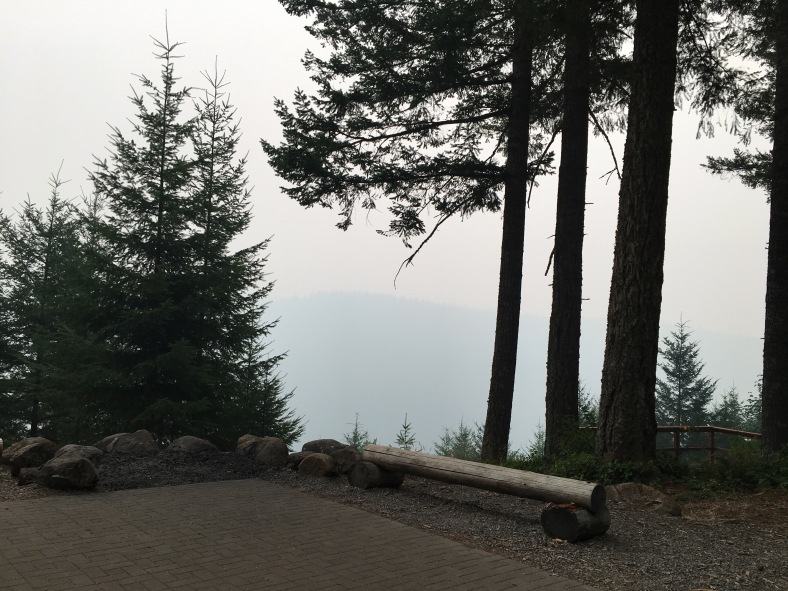 The trail between Gimpl Dining Hall and Sparpole unit gives evidence of the lingering smoke around the camp. 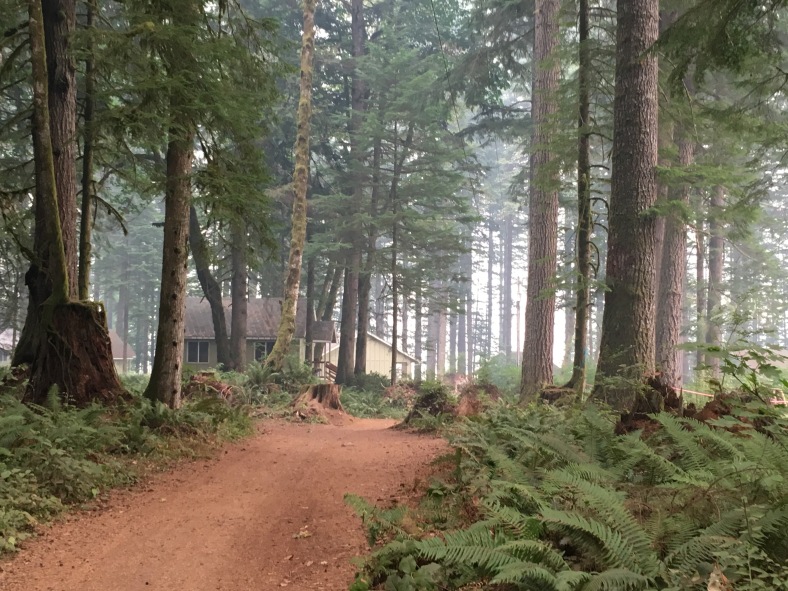 2 thoughts on “Images of Camp Howard”