JANUARY 9, 2017 CYO/CAMP HOWARD–Anna McLean will step into the position of Program Director at Camp Howard for the 2017 summer camping season.  Camp administration is pleased to name this position early in the year and look forward to working with her this summer.  The Program Director is seen through the eyes of the summer campers as the “Camp Director”.  That goal of the administrative staff behind the scenes such as Nora Gravengaard (Camp Director), Shawna King (Asst. Camp Director, Leila Blakely, (Health and Safety Director), Jolie Abraham Phanton, (CYO Office Liason), Karen von Borstel, (Camp Howard Property Director), and Sister Krista (Exec. Director) is to promote the youth in the Catholic Youth Organization to leadership roles.

McLean who has been a summer camper, Counselor in Training and on the summer staff for multiple years, brings a lot of “can do” to her role.  She has been around the camp for many years and has a thorough understanding of what works.

Camp Staff positions are being filled between now and June.  Individuals 18 years and older are sought to fill the nearly 60 positions available at the camp this coming summer.  Camper materials will be available very soon.  The snow and ice took a toll on our process at the end of December and early January!

BELOW: Anna McLean, 2016 Unit Director and part of the Big Swing and Zip Line crew, prepares a camper for a ride on the “Big Swing”! 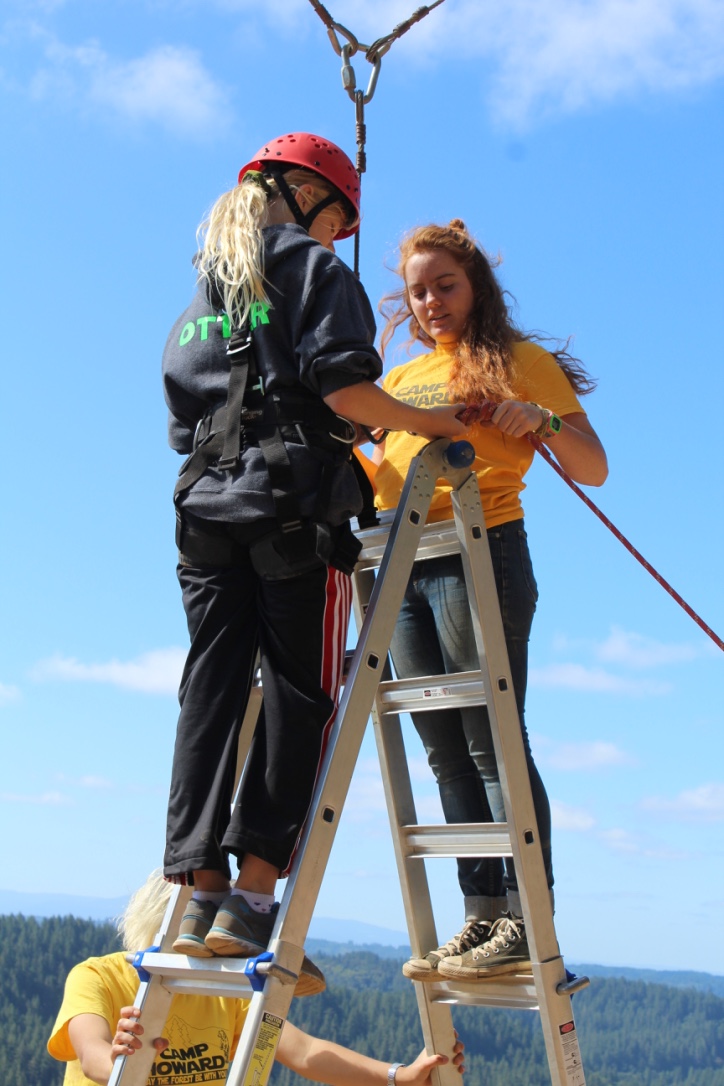