Gimpl Dining Hall, named for Rev. Carl Gimpl, will always be a very special place to us.  Our first experience of the building (1997) however, was not positive once we stepped inside.  The building was in dire need of maintenance including a new floor, maintenance, windows and color!  It took a few years to accomplish those tasks and even after giving it a cosmetic facelift, problems lurked in the rafters and foundation.

Recognizing the eventual condemnation of the building, we got ahead of the situation and started a capital campaign to replace the old structure.  Last summer a beam cracked forcing a quick examination by local engineers.  A support was installed to get it through the summer of 2018.  It won’t be easy to say goodbye to a building that saw the opening of Camp Howard in 1953 and welcomed every camper to visit since.  Plenty of pictures have been taken over the years and it is well documented.

The building use as a dining hall will be closed in two weeks as the camp moves to the new facility.  It will be removed within the next two years to make way for a new chapel. 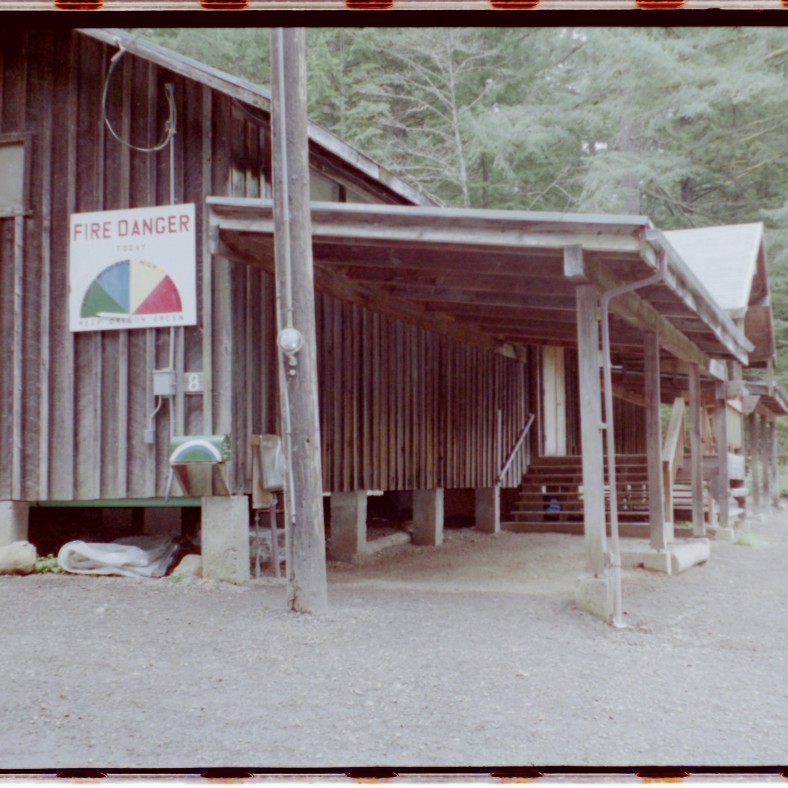 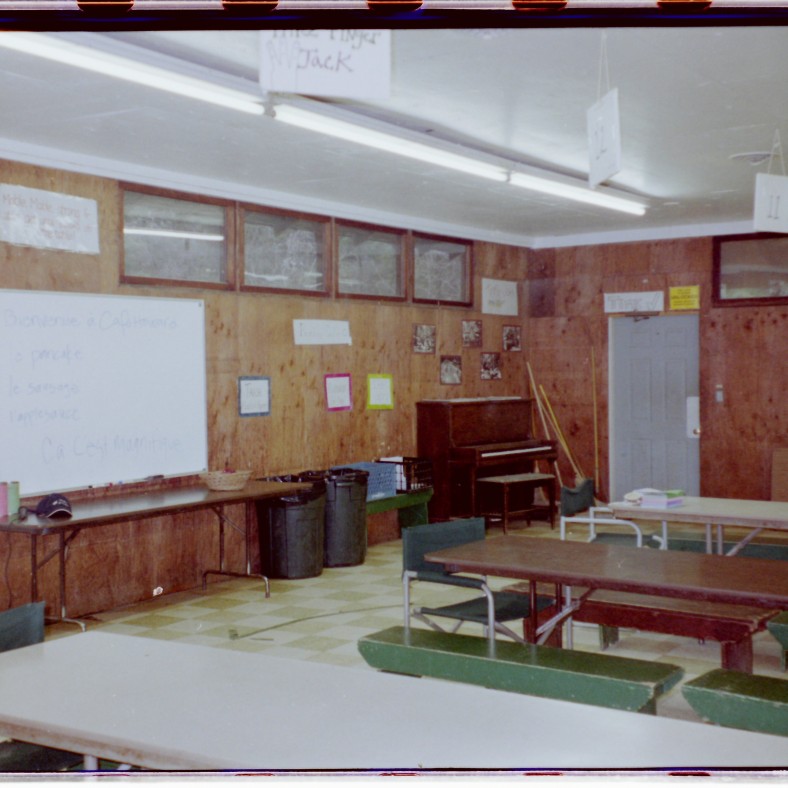 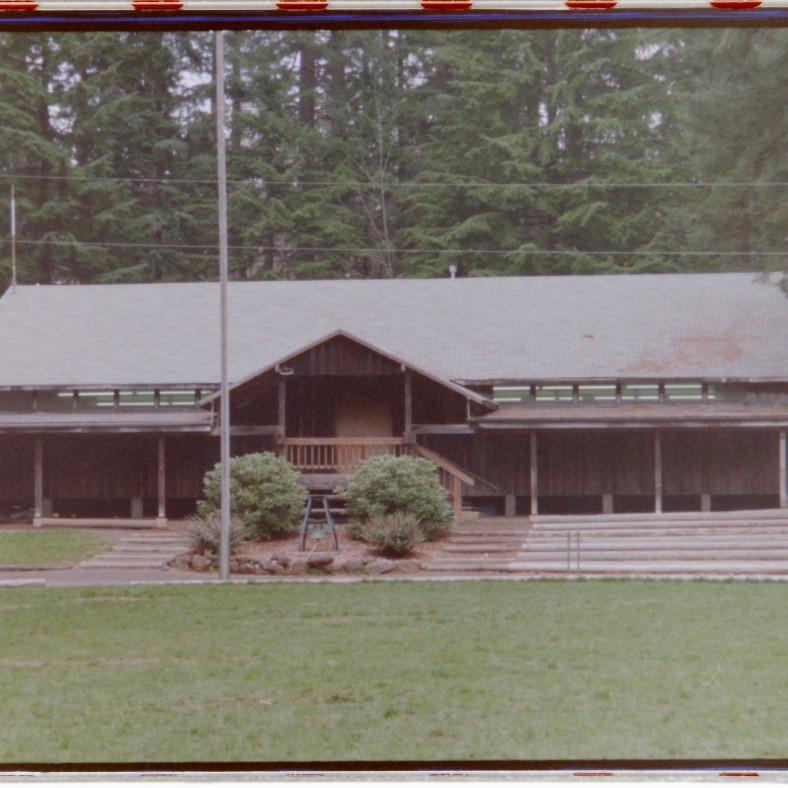 BELOW: 1998 Old plywood walls are cleaned and painted.  Bats are added over the seams to help them lay straight!

BELOW: windows are added in 1998 to the end of Gimpl Hall to let light shine into the building.  Greatly improved the view as there was no view prior! 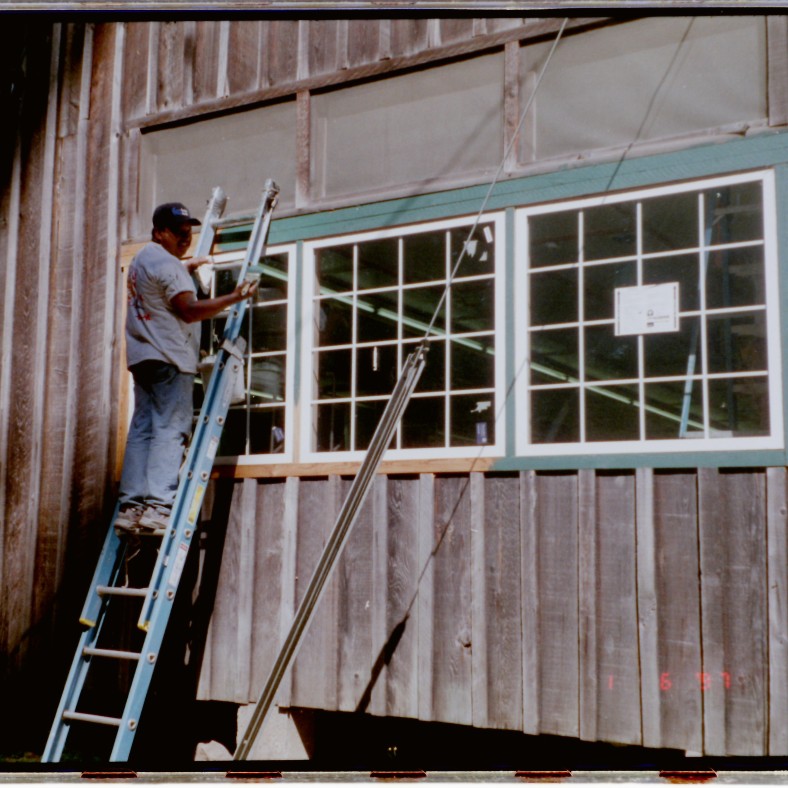 BELOW: 2012 Gimpl Dining Hall is stained and trimmed for the first time in it’s history.  The wood soaked up the stain with an unquenchable thirst.  Gallons of paint were injected into the wood. 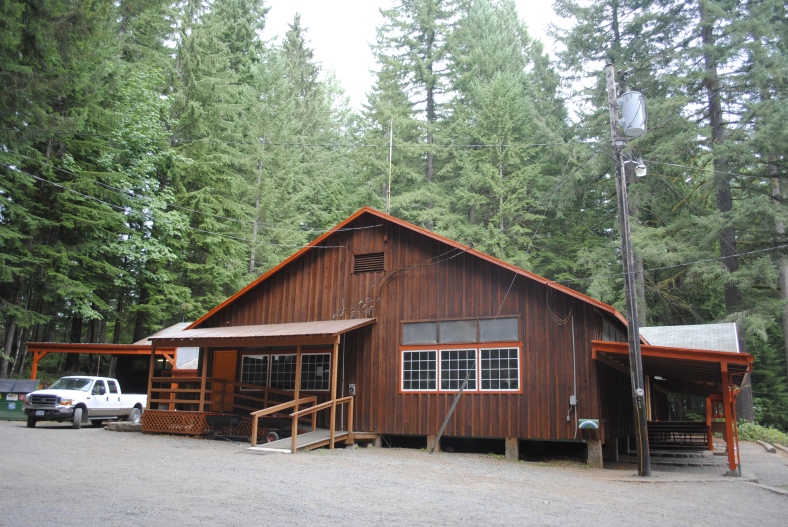 BELOW: 2013 New floor, walls and wainscoting replace the original plywood walls from 1953.  The building looks are improved but the size is too small and there are problems in the rafters and foundation. 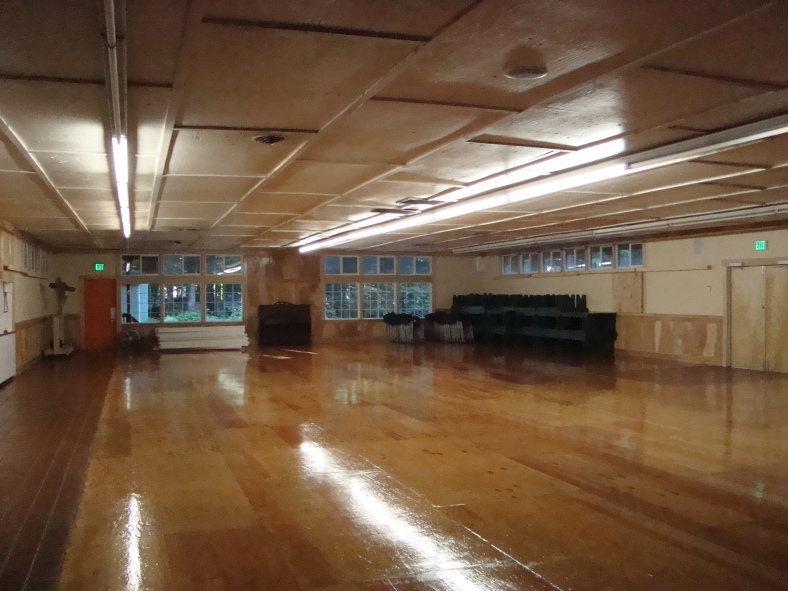