Holy Trinity School from Beaverton, Oregon came into the CYO City Basketball Championship tournament undefeated in regular play.  While the game started out as a runaway, the Madeleine came back in the second half of the third parter scoring 6 points in less than a minute to come within 3.

Too many traveling calls and double dribbles kept them from advancing further.  As both teams continue to develop their skills they will become forces to be reckoned with! 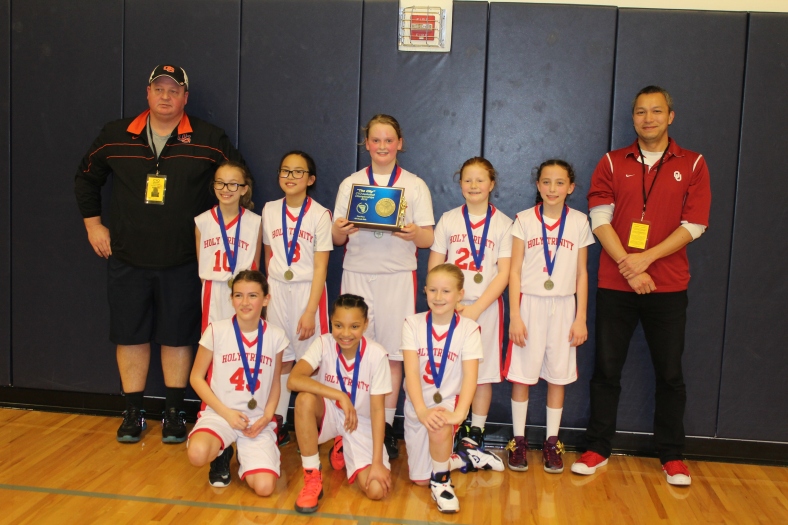 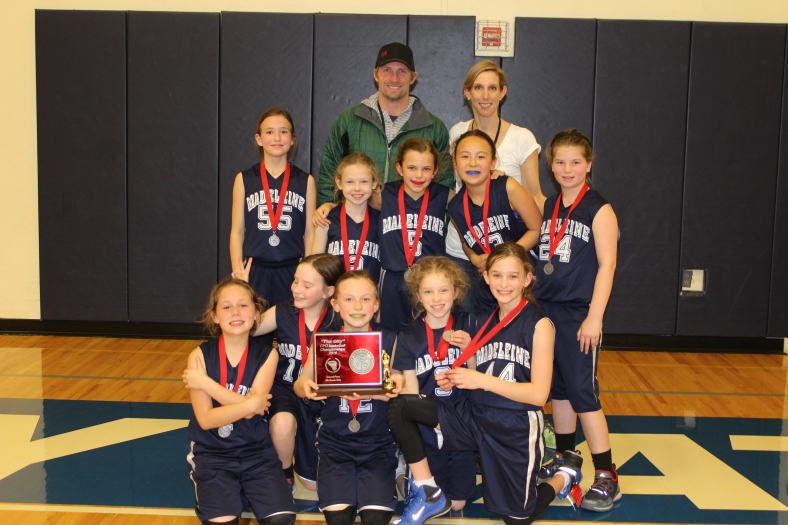 The Madeleine 4th Grade Girls from Portland, OR took second place in the CYO City Basketball Championships March 6th at Valley Catholic School in Beaverton.  The team was coached by Brenda Baumgart.