Valley Catholic and St. Anthony played a very enjoyable game for the CYO 2016 8th Grade Boys Basketball Title.  Valley Catholic ended the third quarter with a 16 point lead.  By the end of the game there was a four point difference and a lot of excitement and turmoil depending on which team you were following at any given moment!

With 25 seconds left in the game, it could have gone either direction as St. Anthony crept within 3.  Andy Alfieri sunk 2 crucial shots under pressure to put the Valiants ahead 52 to 46.  He added two more points immediately on another foul by St. Anthony. 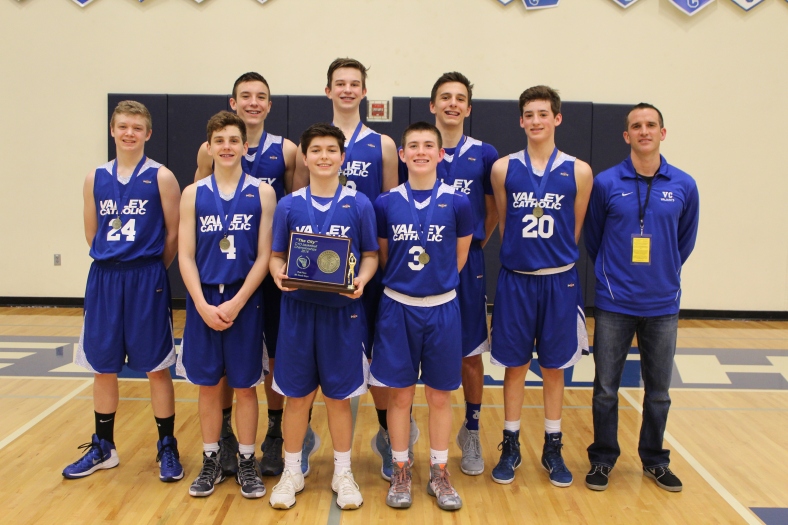