The Holy Trinity vs St. Anthony 7th Grade Boys basketball game began with a lot of back and forth action and several lead changes.

The Holy Trinity Fan Club is a force to be reckoned with!  A sea of Red, clever signs with slogans and commitment to their teams!  They are a presence and are commended for their spirit!

The spirit of the Holy Trinity Fan club was lit at the end of the third and beginning of fourth quarters in the game when #1, James Lang lead a scoring charge.  Number 24, Charles Pickard was a force through out the game, able to score from  anywhere near the basket whenever the ball was fed to him.

Lots of talent on both teams! A great game to watch. 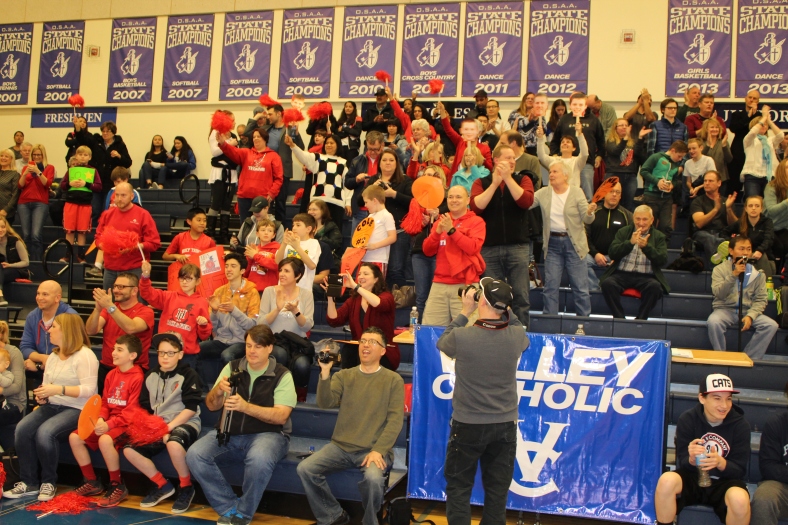