The Sisters of St. Mary of Oregon joyfully dedicated the new patio and bocce courts Wednesday August 12, 2015 with the opening of Community Days on campus.  The court and patio is located on the East side of the Motherhouse building designed to give the Sisters some area for outdoor recreation and gathering.  Bocce was at one time, the most popular sport in the world.  The Sisters have enjoyed playing the game the past several years including annual championships and contests. 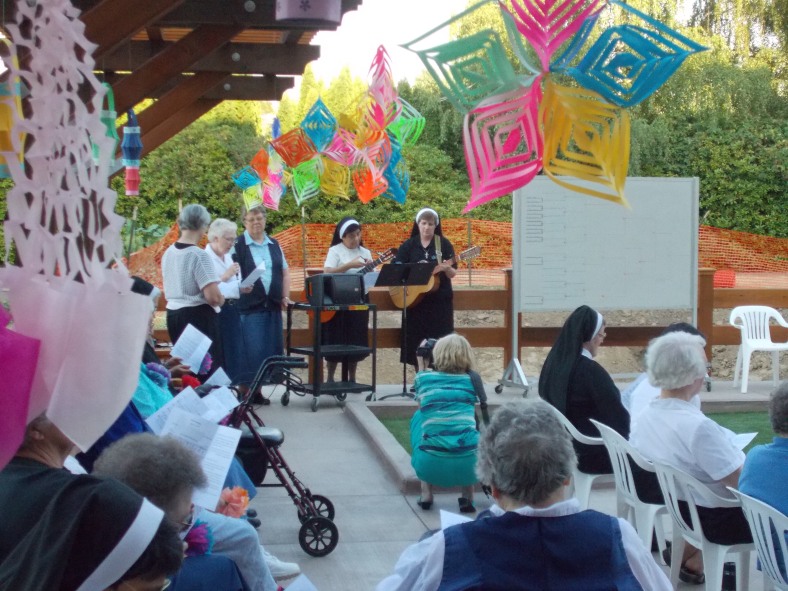 Opening of the new SSMO Bocce courts located not he East side of the Motherhouse. 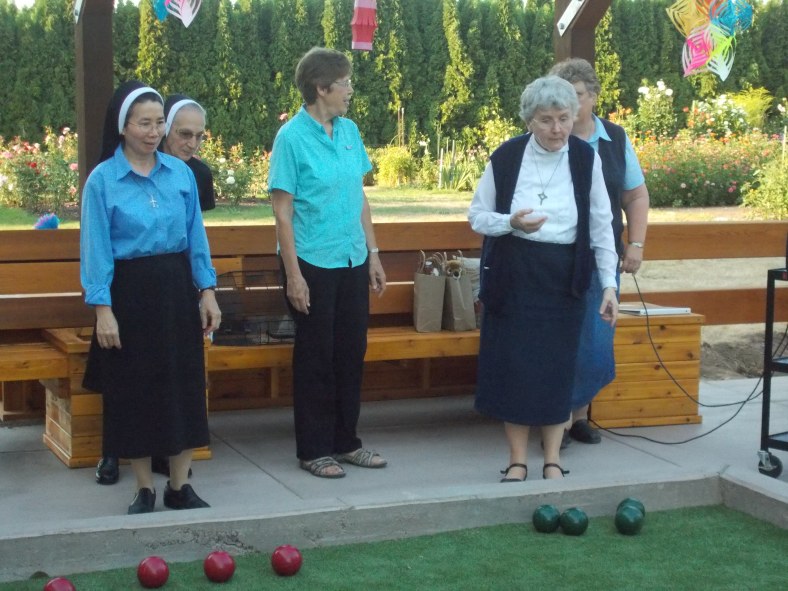 Sr. Theresa Lan, Sr. Delores and Sr. Catherine are first up in the competition! 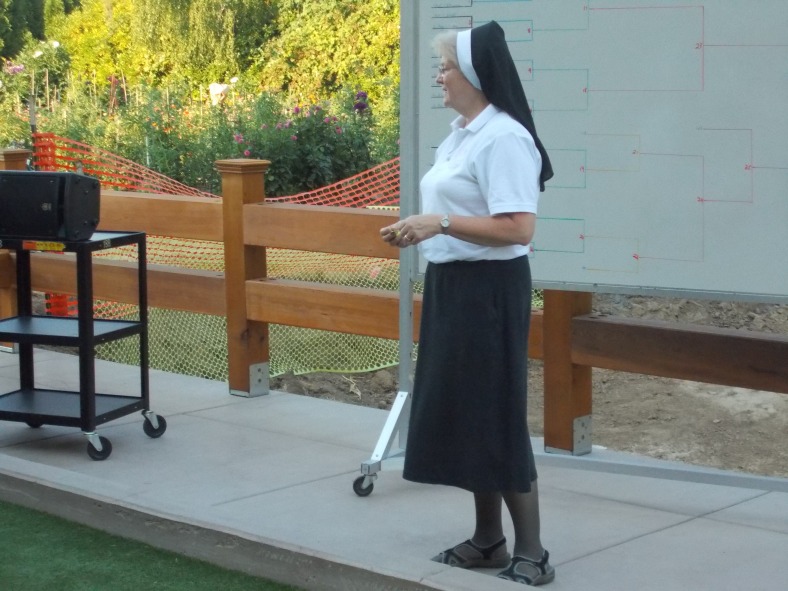 Sr. Michael Francine is often called upon to “measure” and determine who is closest to the “jack” 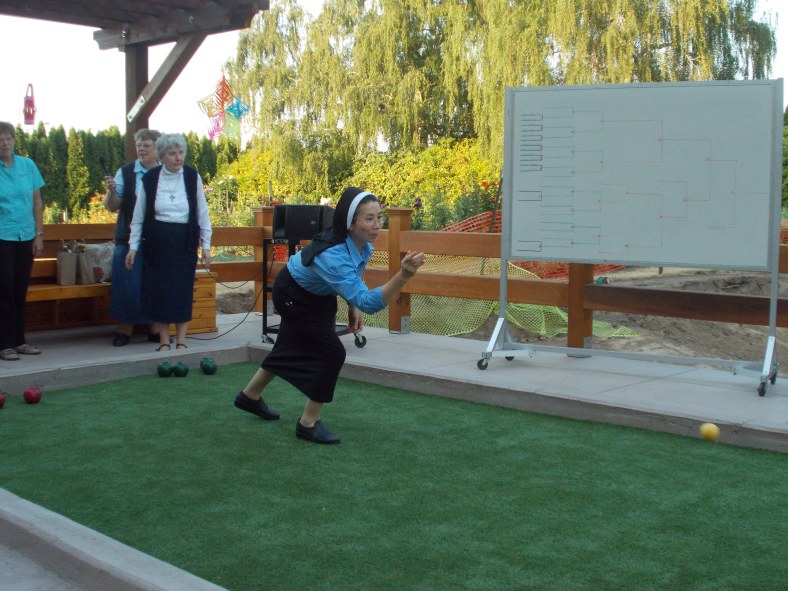 Sr. Colleen and partner take a turn as their names come up in the bracket. 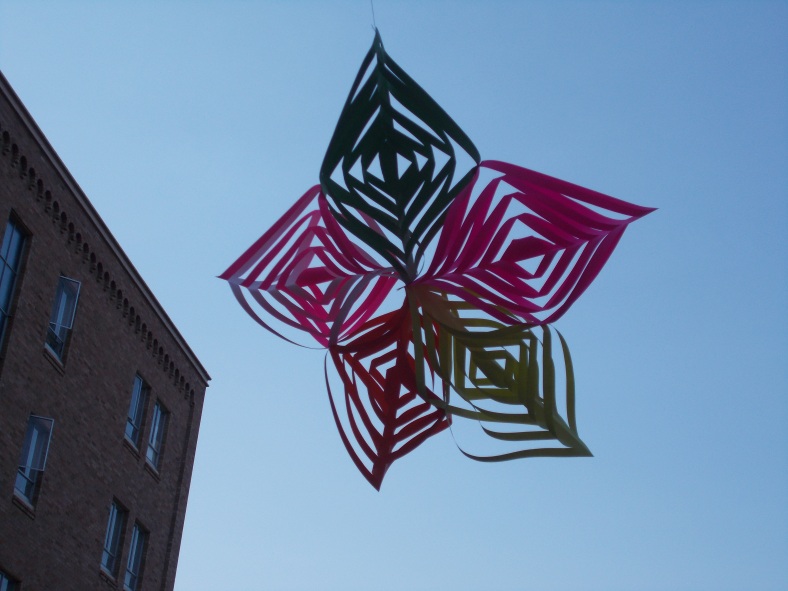 Beautiful decorations were made to celebrate the new area. 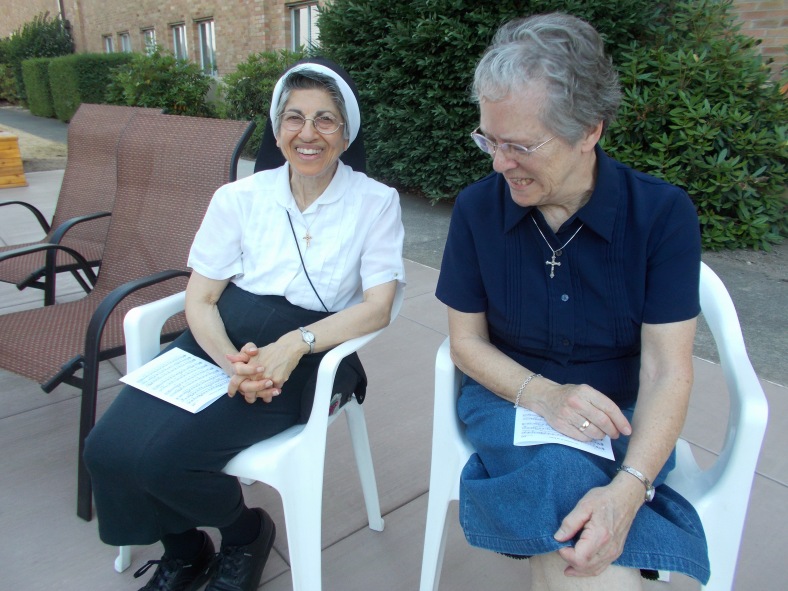 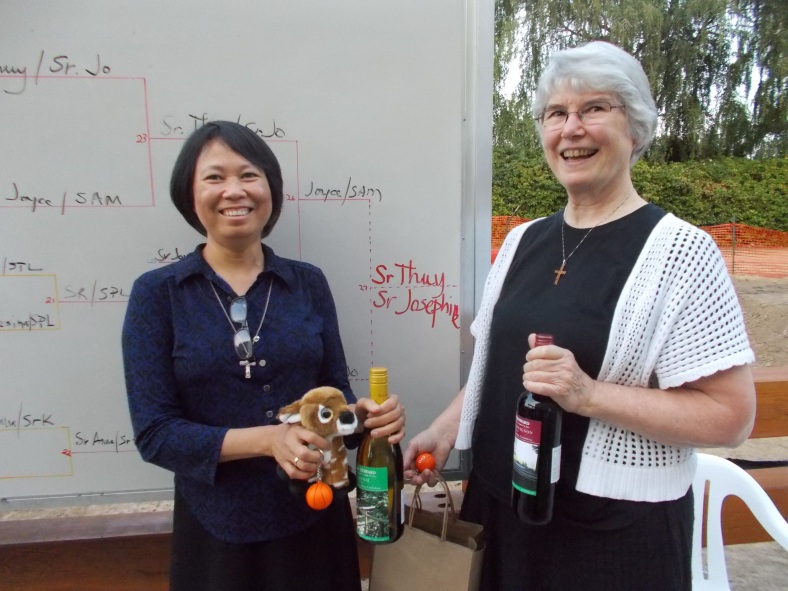