The St. John Fisher Girls remember too well the painful loss of 2015 where they were involved in the famous 6x overtime (CYO Record) Championship game with St. Pius X.  Coming into the game this year, SJF had lost twice in regular season to Holy Family.

St. John Fisher came off the bench on fire and ran up a first quarter lead of 9-4.

With 1:15 in the second quarter, Holy Family went ahead for the first time 11-9.

The third quarter was scoreless until the final 3 minutes when Holy Family led a run on points.  St. John Fisher answered back and went ahead on two free throws by Josie Napoli with 1.3 seconds left in the quarter.

With 2:47 remaining in the game, Holy Family tied the game then went ahead on a steal.  The momentum had swung toward Holy Family and the crowd was behind them.  St. John Fisher, not a team to give it up, kept fighting and tied it back up at 17 all.  Molly Grant powered a shot through the hoop with 23 seconds left for 2 points giving SJF the advantage at 19 – 17. 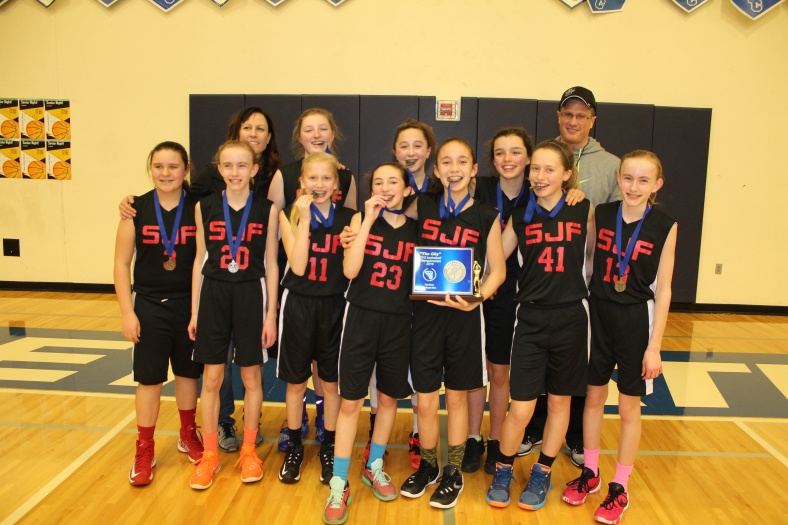 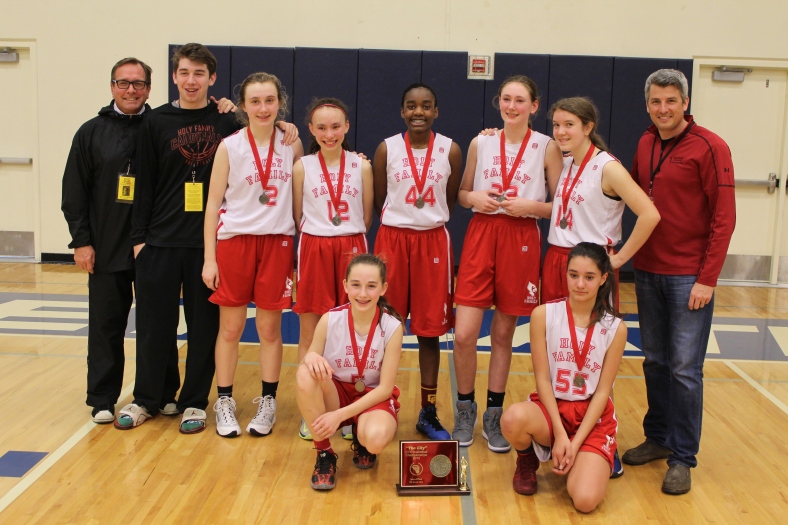 All Saints range of talent from Claire Bass, Anna Patterson and Tiana Abraham made it difficult for St. Anthony to make traction in the CYO City Championship game.  St. Anthony, to their credit hung in and even brought the game within 5 points in the second half.  A great game to watch. 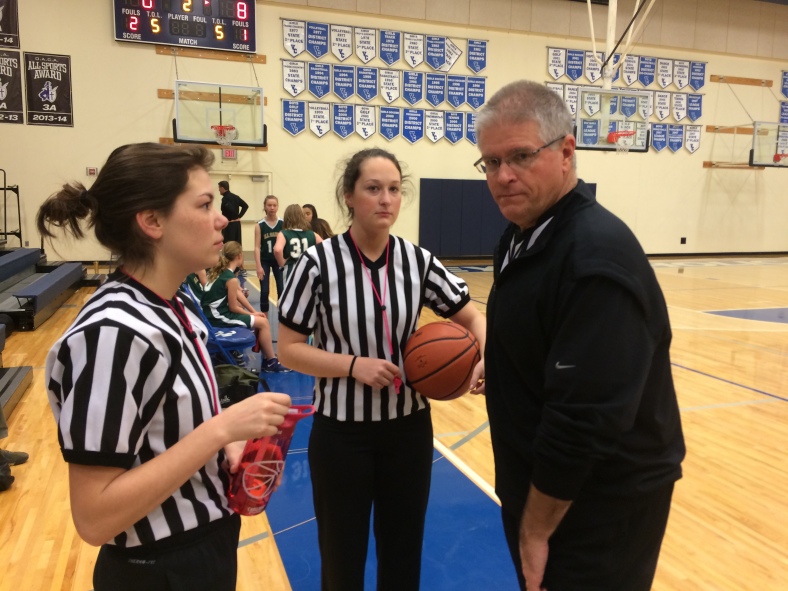 As we enter into the last weekend of basketball, I would be negligent if I did not mention the contribution of Rick Skayhan’s Basketball Officiating program.  Ref Corps is the name of the program our officials sign up through.  Ref Corps was begun a few years ago when CYO transferred management of officials to Rick Skayhan, avid CYO supporter.

Nothing is as controversial as an official!  That may be an understatement!  CYO believes in teaching young people to become officials primarily because we are the “Catholic Youth Organization.”  Everyone has to start somewhere and in my opinion, if you cannot get a good start at CYO then where can you?

Officiating takes a special person.  You have to have the courage to go out on the court and make the tough calls.  You have to deal with the crowd who collectively have many more eyeballs than you do and see much more than you are able to see with only two eyeballs!  Additionally the coaches, players and spectators bring a wide range of variables to every game.

CYO is as dependent upon the officials willingness to officiate as we are on the coaches willingness to coach.  The young people who have been stepping forward to learn to become officials are great kids.  If they are able to make it through the first year or two, they will realize what a gift officiating is to them.

Officiating develops characteristics in youth that contribute to strong character.  It will help establish personal boundaries that may one day pay off  in a tough situation.  Officials are better equipped to say “no” when necessary.  Some people are too afraid to say “no.”  What a great gift to send your son or daughter off to college with!

Thank you to all of our officials who have helped us out with Football, Volleyball and basketball this year.  Several Track and Field Officials are needed this spring so be sure to contact Rick Skayhan at Ref Corps if you are interested.  Four track meets per Saturday throughout April with Championships in May. 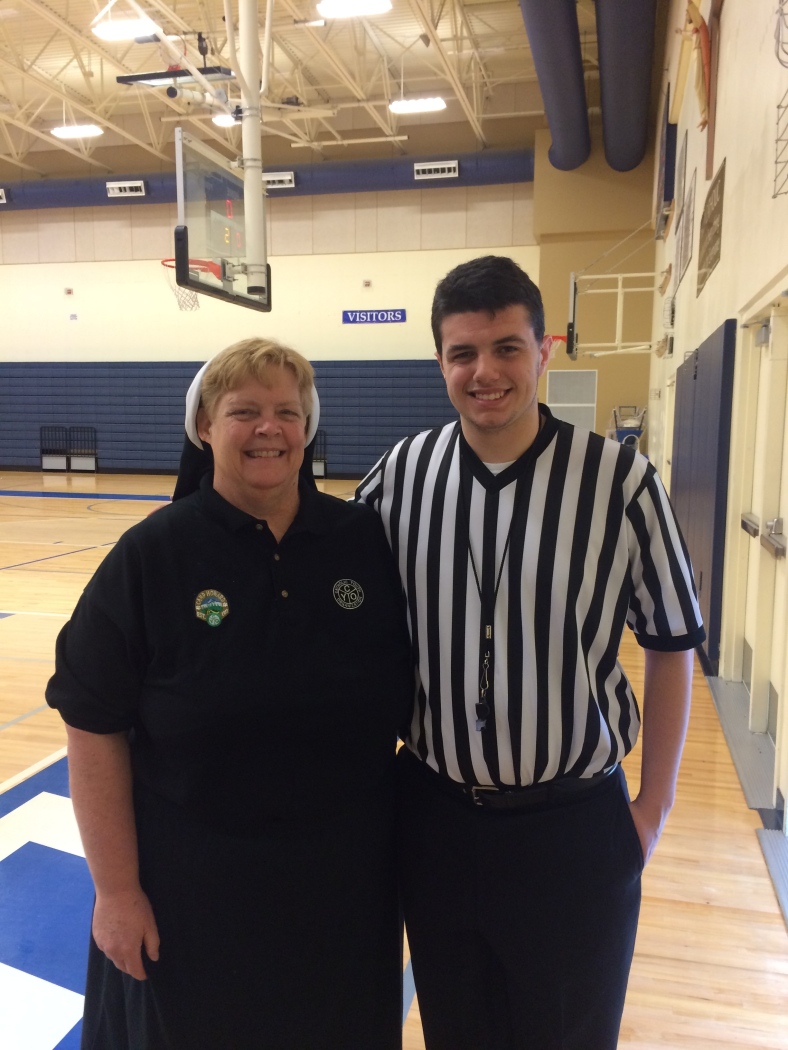 Rick Skayhan visits with Casey Nicholl and Riley Pendergast, two officials he has coached up through the Ref Corps Officiating program.

The first points of the game were scored, with 45 seconds remaining, in first quarter, by All Saints.  All Saints had 13 kids on the team ( a lot for a bxb team) and they did a great job with getting all of the girls playing time. Both teams played with a significant range of height on the teams.

The 2013 CYO Championship Volleyball playoffs provided plenty of action and excitement for all in attendance.  The eighth grade playoff game between St. Matthew of Hillsboro and Christ the King of Milwaukie, was one of the most exceptional CYO volleyball contests I have seen in a long time.  The teams each split a game, going into over time and in the final game of the match the teams were nip and tuck to the very end when St. Matthew prevailed.  People got more than their moneys worth!

Some 1300 young women participated in this years volleyball program with all but a few teams participating in the end of season tournament.

The teams, coaches, and parents are to be commended for the participation and support they show to one another and to their teams. 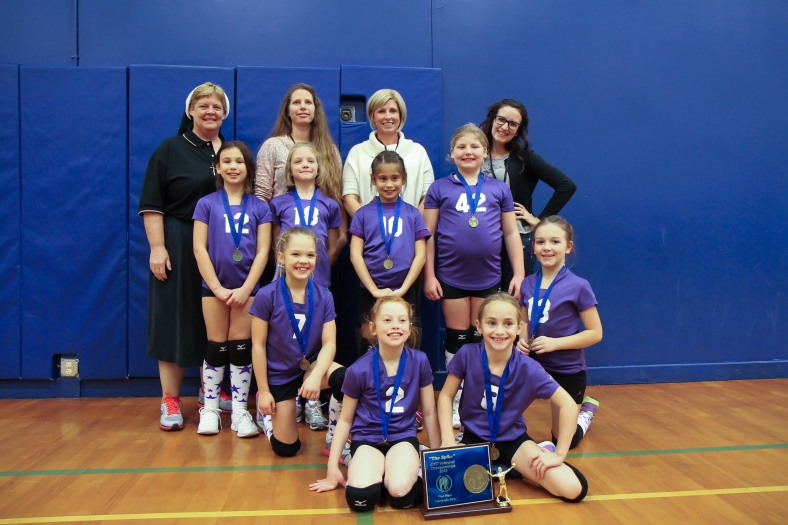 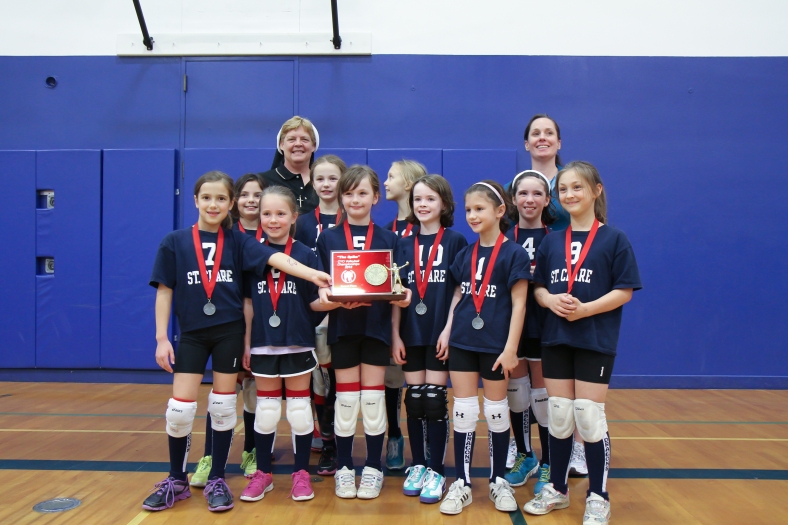 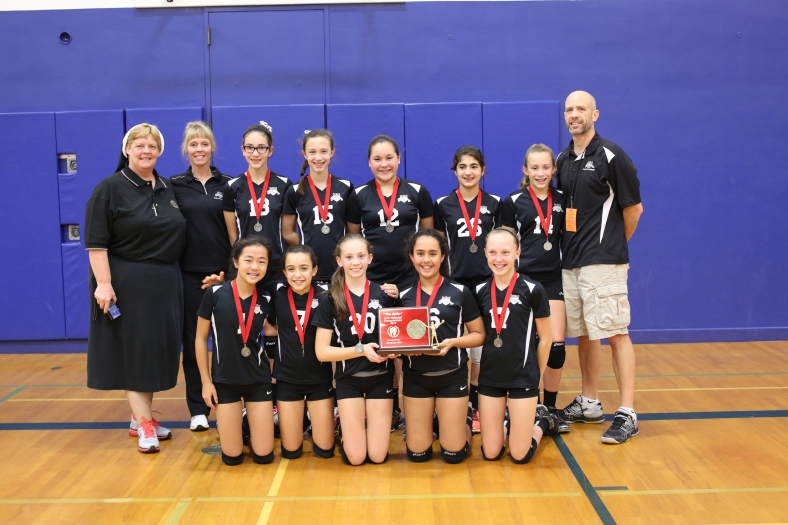 The 2013 CYO Football season concluded November 10 at Kiggins Bowl in Vancouver, WA with three championship games, one each for third and fourth, fifth and sixth, seventh and eighth grades. 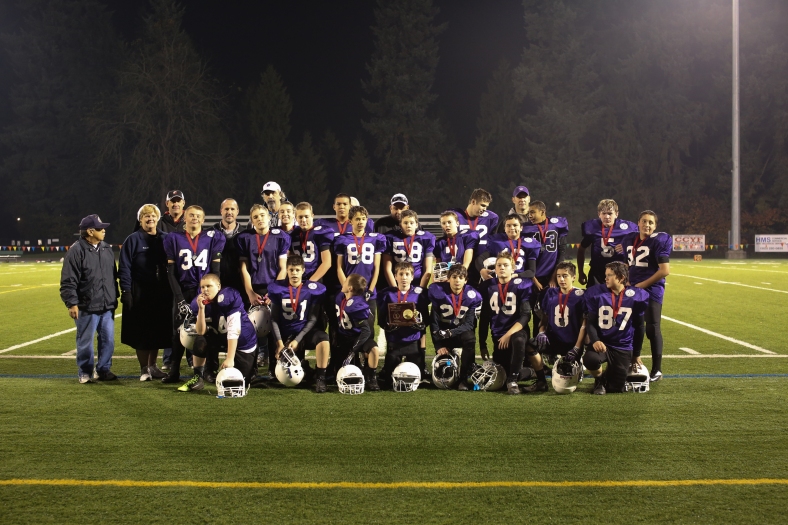 This Saturday we will begin the Track and Field Championship Events.  The Roadrunner Meet for 3rd and 4th graders will be held at Liberty High School this year since LaSalle Prep athletic area is under construction.  We will return to LaSalle Prep in 2013 and are enthusiastic about what they are doing out there.  Some great facility development!

We are excited about the talent in the Roadrunner division.  If you enjoy track and field, I encourage you to come out to Liberty High School, pay your $2 and enjoy a morning and early afternoon of our fun!

I will be tweeting and blogging the results from Liberty on Saturday so if you can’t make it to the event, be sure to follow my blog or tweets!  Will be taking lots of great pictures and talking to the kids about their experience.

An exciting weekend to be sure! – ALSO – thanks to Mitch & Susan Menendez, I will have the coolest, hottest NIKE’s available.  Be sure to check out my special NIKE’s at the track championships this weekend and next weekend at the MOC at Jesuit!

We also plan to have video shot at the event so there will be a lot of formats to watch some of the great performances by these kids!

Answer:  Because it is a lot of work to go through to become accredited and stay accredited.  Why does Camp Howard go through the effort of being an accredited camp?  Answer: because it helps tremendously to maintain a level of safety at the camp.  Camp Howard holds itself to the highest standards in camping with the American Camping Association.  Camps are accredited every three years or whenever the camp has a new Camp Director.