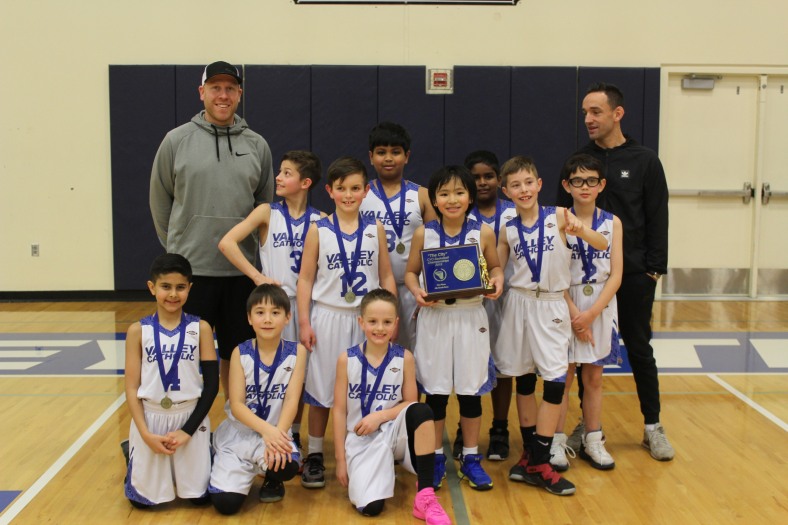 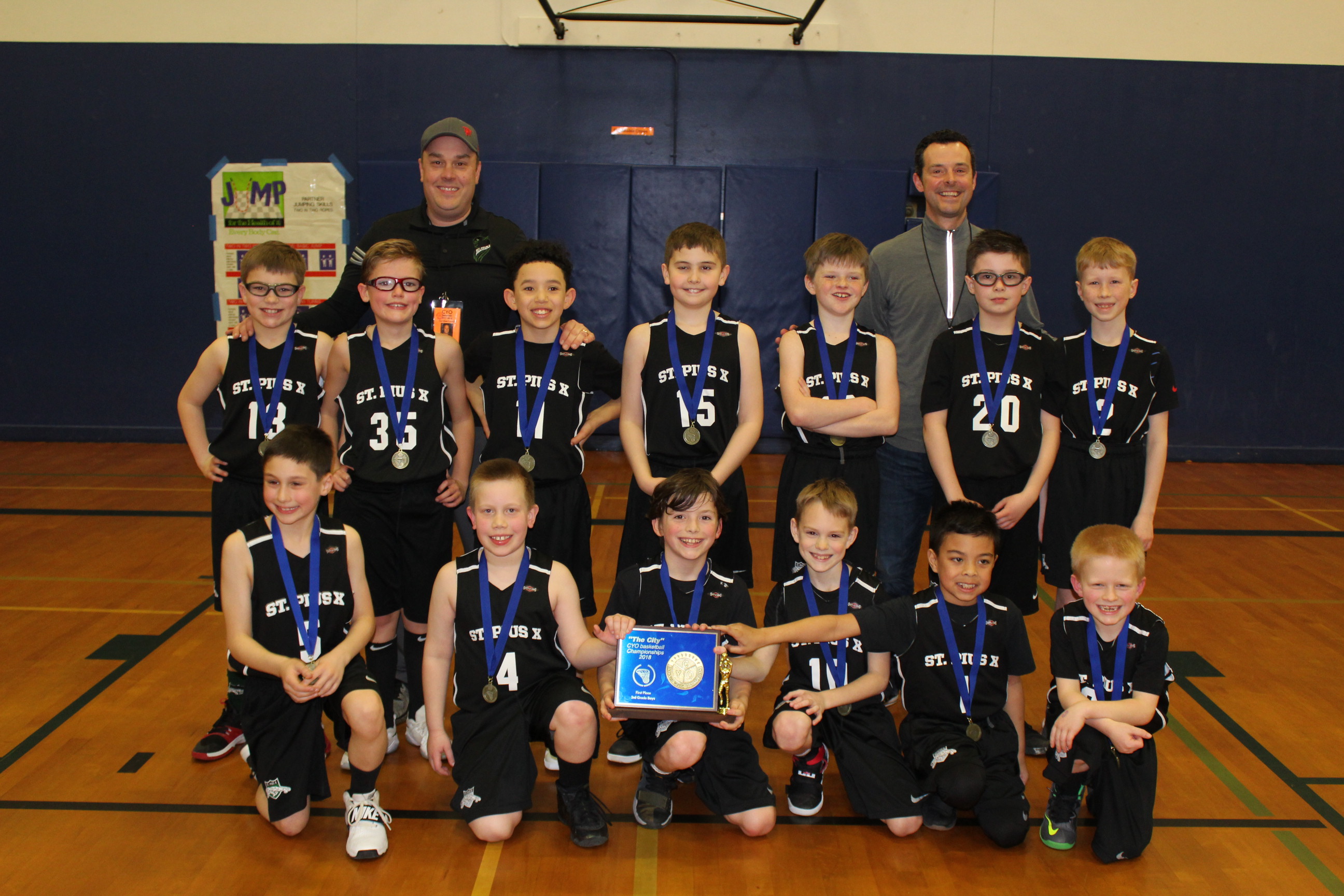 Quarter one both teams came out to quick start and the lead changed a couple of times the quarter ended 7-9 St. Pius X.  The second quarter, St. John Fisher found their pace and with a minute left, led 17 – 9.

First Quarter:  Both teams came out to a shaky start but it didn’t take St. John Fisher long to rev up te engines with some great shots under the basket and a few long shots by Napoli & Grant.  Holy Family’s Koch had a great rebound and basket to score for the Cardinals as well.  Q1: St. John Fisher 12 – 4

Second Quarter: St. John Fisher controlled the first half of the quarter scoring most of its 6 points lead by Napoli, and Grant.  Holy Family hoisted a comeback with some good ball control and athleticism of Koch with some great down the court and in the hoop efforts. Q2 18 – 12 St. John Fisher

Third Quarter:  Holy Family’s Potestio led off with a three point basket and a free throw following a SJF foul.  SJF answered with a basket and with 6:00 to play SJF 20 – 16.  Potestio drew another foul, sinking both of them to bring HF within 4.  Q3 28 – 18 St. John Fisher

Fourth Quarter:  With three minutes left in the game, each team scored a basket 26 – 20.  Time out was called to save the ball and regroup.  Holy Family came out of the timeout and delivered four fouls in a row to SJF for strategic purposes.  P.Grant went to the line for SJF on the first shooting foul and connected for 2.  Holy Family was fouled at the other end, Napoli picking up her fourth foul, the bucket counted and no conversions.  SJF picked up two more on the other end then spread the offence and played keep away until Menendez was fouled with 1:14 in the game.  No conversion and HF sunk 2 on the next trip.  30 – 24. P. Grant made another trip to the free throw line and missed as H.F.’s Potestio had a chance on the return end.  With 38 seconds, Potestio sunk one, missed one, now within 5.  Menendez went to the free throw line for SJF missed one, made one, 6 point spread again.

Holy Family, could not get the ball into the basket then sent Menendez to the line again, made one, missed one, picked up her own rebound and put it in for another two! Play of the game for sure!  Made the extra shot with 5 seconds left in the game.  Holy Family and St. John Fisher finish up their CYO careers with a game both teams can be proud of!

Molly Grant  and Jalynn Gill fought a great race right down to the wire which separated them by two tenths of a second at the CYO Meet of Champions May 17th, 2015 at Jesuit High School.  Both girls came into the championships with seed times less than a second apart.

In my opinion, the 400 meter “dash” which was known as a “run” in my day takes a lot of fortitude and courage to compete in.  These girls make it look easy as they “dash” all the way around the entire track.  It was a great competition all the way around! 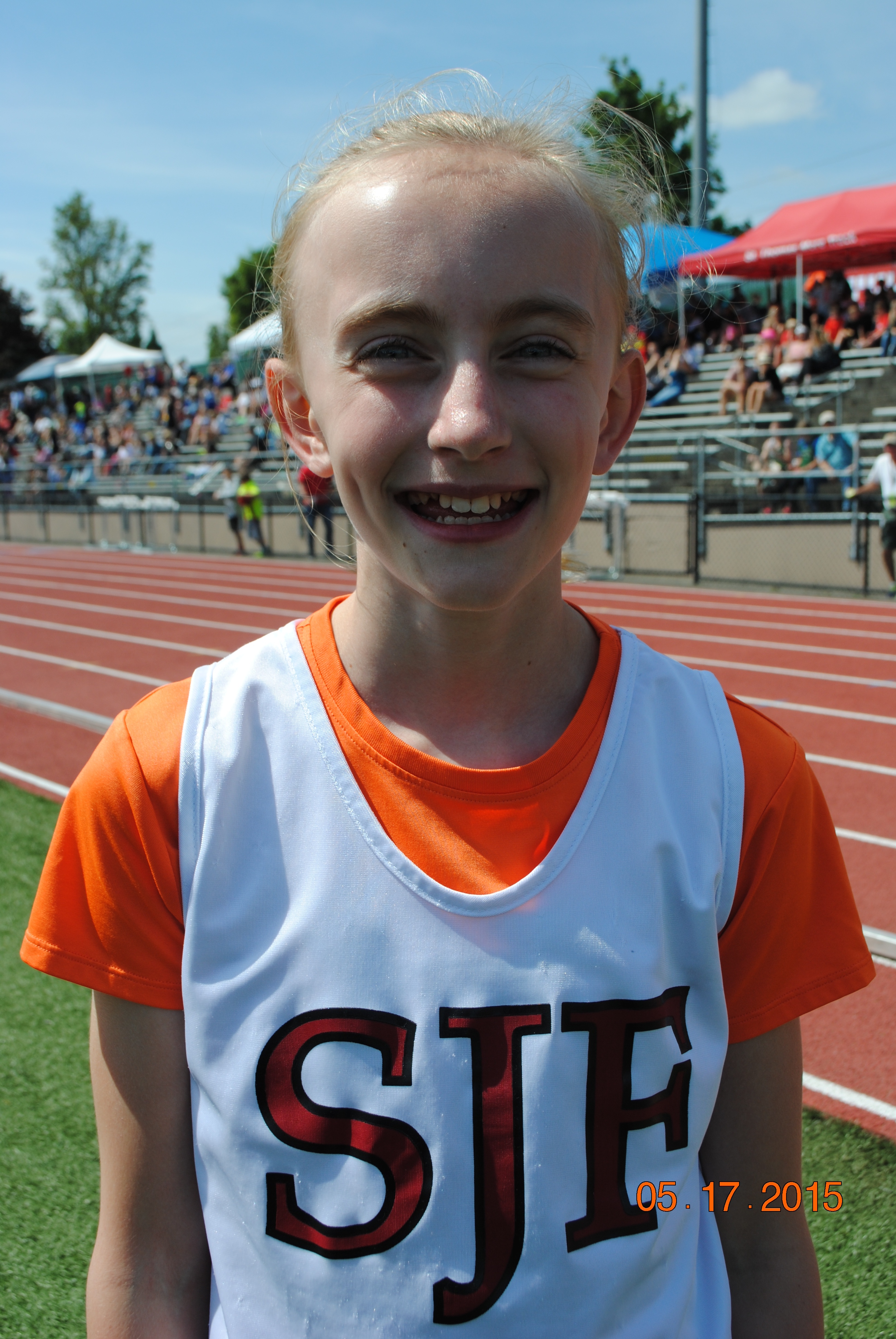 Molly Grant from St. John Fisher School wins the 400 Meter Relay at the CYO Meet of Champions May 17, 2015 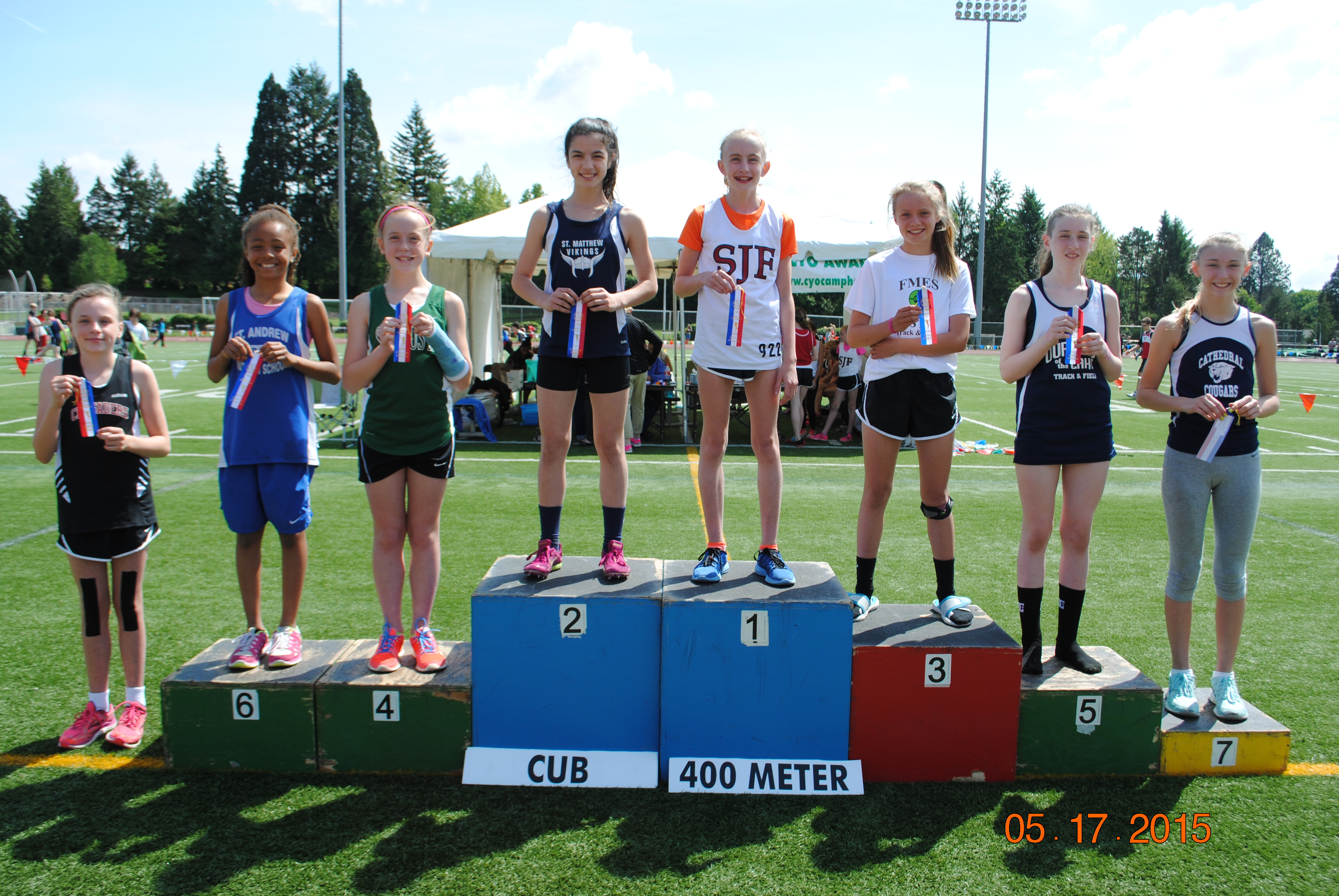 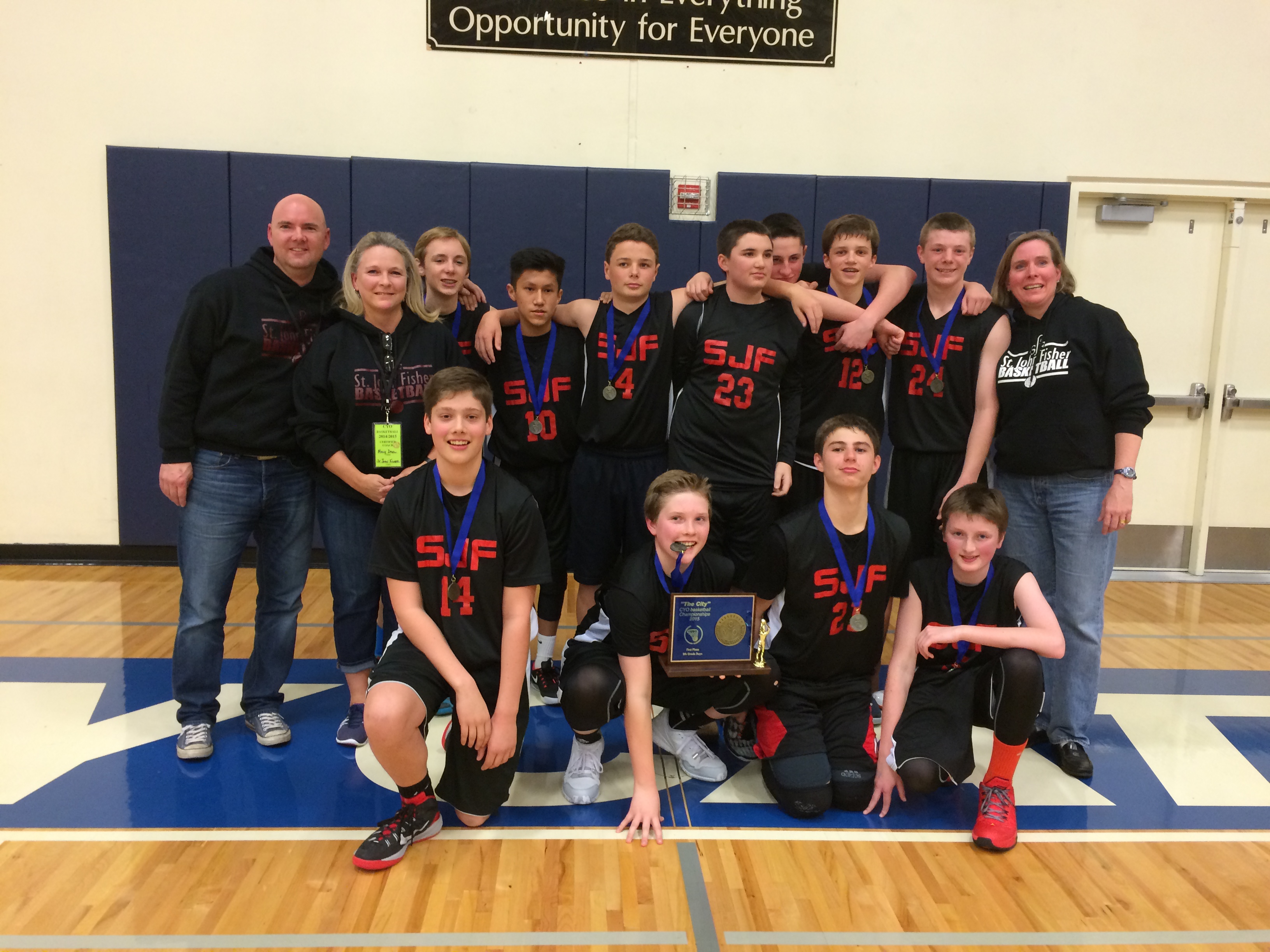 St. John Fisher jumped out to a 12-point lead by the middle of the second quarter. With one minute and 30 seconds left in the first half, Archbishop Howard tied the score at 20 – 20. A back and forth battle ensued throughout the third and fourth quarters. At 2:51 left in the game score tied 38 – 38. In the end, St. John Fisher prevailed 38 – 41. Great game to both teams!

St. John Fisher going for their fourth championship in a row. St. Pius X trailed the entire game going ahead by three in the fourth quarter following a three point shot by Mackenzie Naro. St. John Fisher answered with a three pointer of their own, to go ahead by one! Josie Napoli (SJF) fouled out with three minutes left in the game. Lucy Menendez went out of the game after a slight collision resulting in a foul and free throws for St. Pius X. St. Pius X leads at 29-31 with 2:06 left in the game. With 5.2 seconds left in the game, Lola Talalemotu ties the game at 31 with a clutch shot under the basket!

St. Pius X inbounds sets up for a 2 pointer and misses

6.9 seconds left St. Pius takes out the ball and misses

Both teams had a chance and missed!!!

St. Pius misses their shot then SJF losses the ball out of bounds

SJF wins the jump and commits another double dribble.

Foul against SJF with 33 shooting for Pius X

SJF has the ball 35 seconds and a time out! 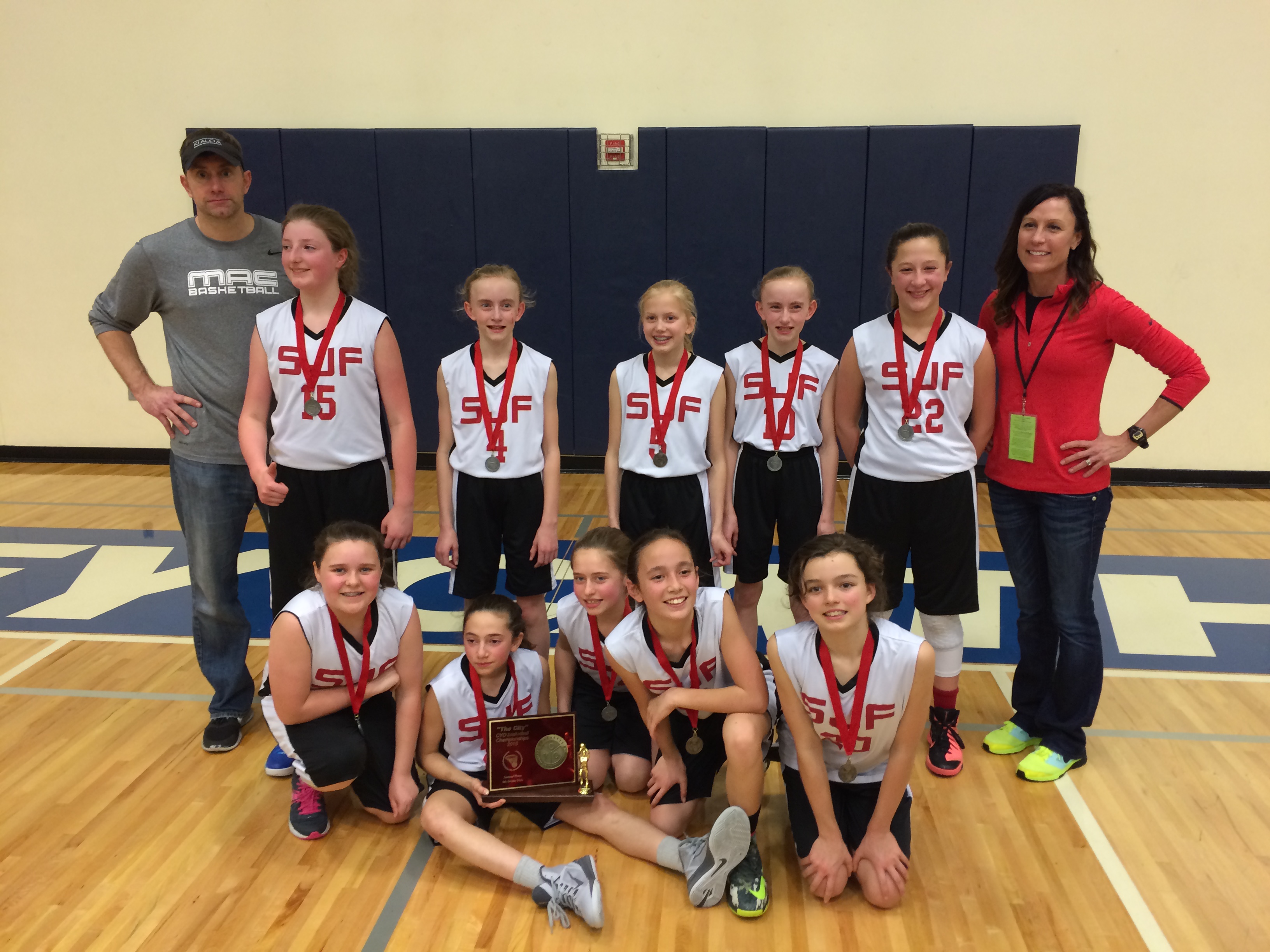 Two talented teams St. John Fisher off to an early lead with a margin of 15 points in the third quarter, Holy Redeemer fought back to come within 4 at the final buzzer 50 – 46. 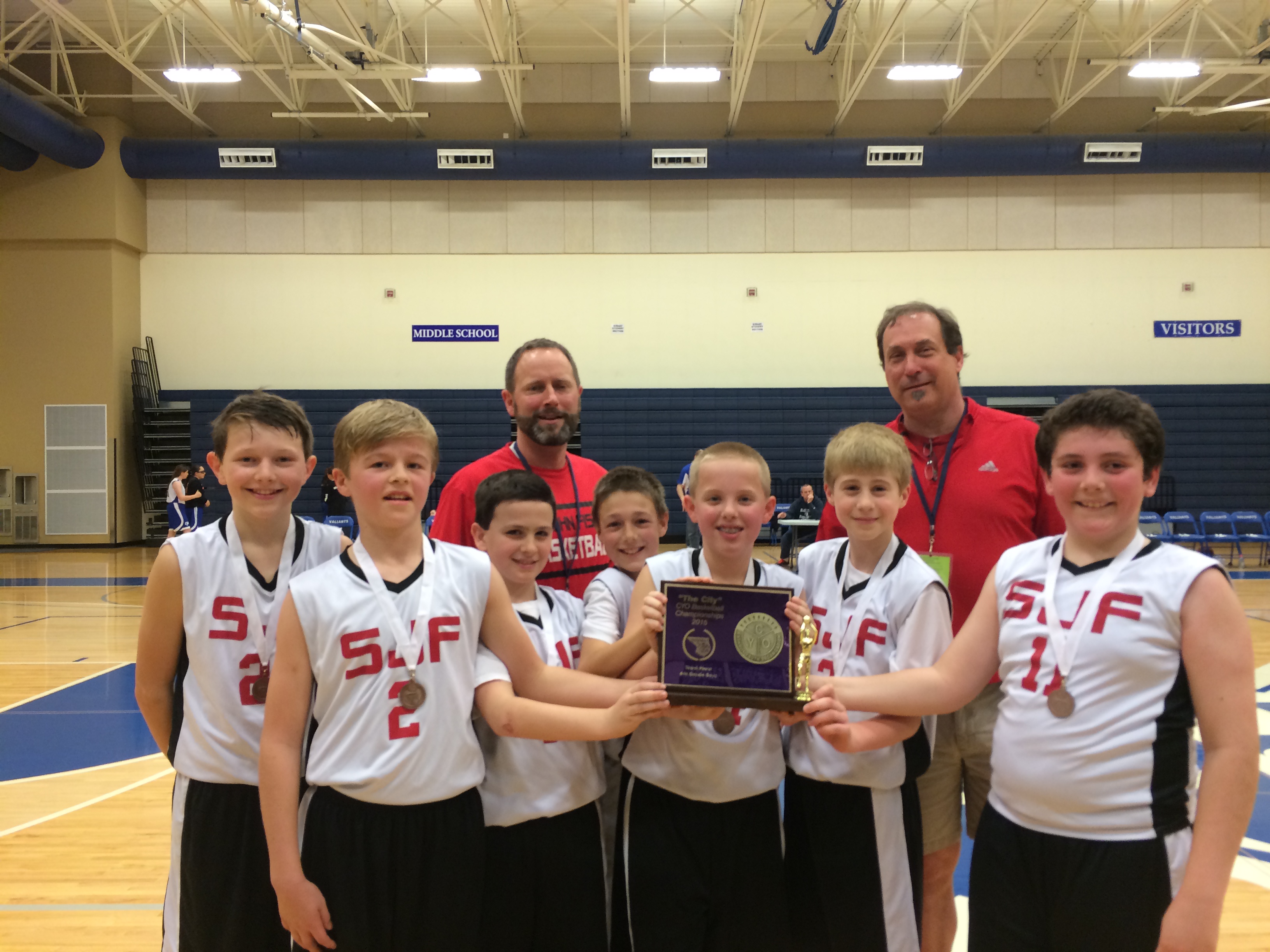