Your friends help you out by pulling you up to the launch point on the giant swing.  You hit the disconnect and are sent swinging into the wild blue yonder at Camp Howard.  The spectacular view of the Bull Run along with the impressive location of the giant swing, up against a steep hill, helps add to the awe of the ride!  Once is never enough! 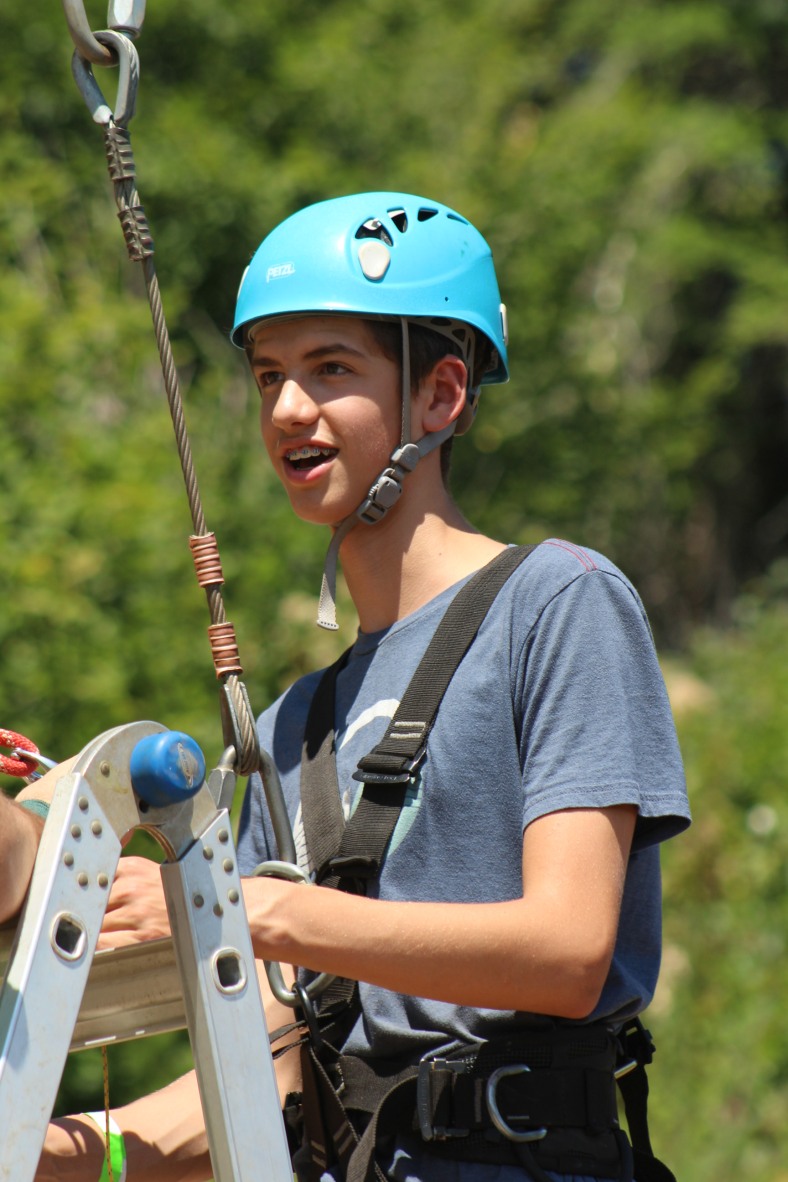 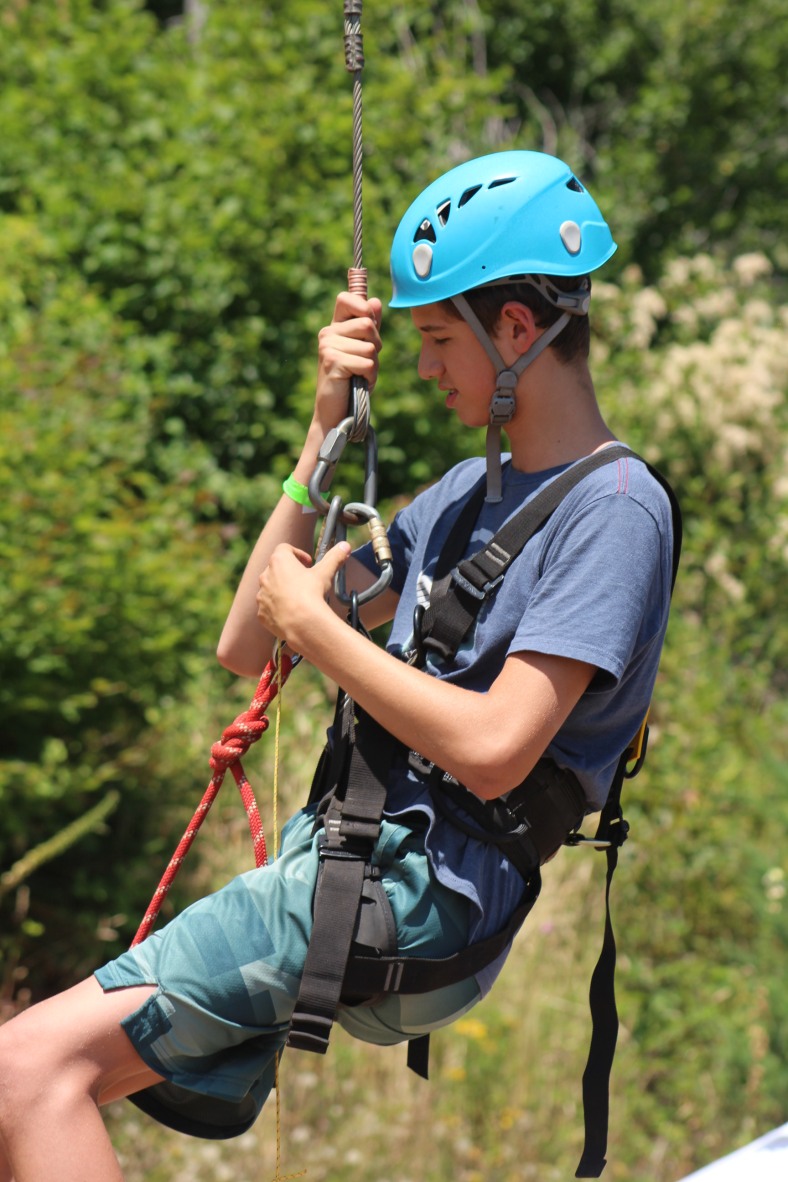 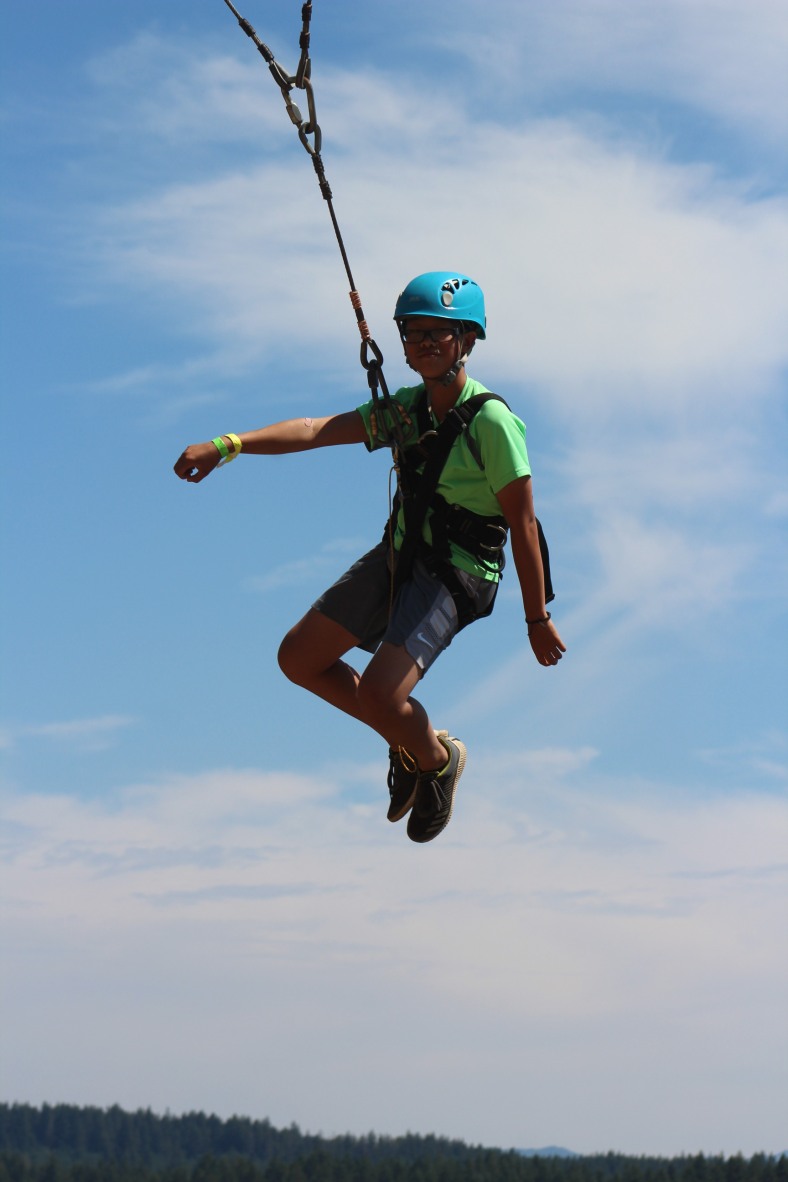 When I heard about a giant swing I wondered what it was.  My imagination did not image what it really was until I saw the designs.  Once I understood the concept I was excited for the people who would ride it.  As a youth, I loved the roller coasters and all kinds of exciting rides.  The giant swing, I was sure, would be a hit with the campers at Camp Howard.

Around March of 2016 two “giant” poles were delivered to the camp and quickly thereafter, the construction company came to the camp and began work on the project. By April, the structure for the swing was in place and ready for business.

During staff training in June of 2016, the first group of individuals were trained on operating the giant swing.  During one of the training periods, the CYO/Camp Howard Executive Board came to the camp to put their stamp of approval on it and also make sure it was safe for the kids to ride.  The Board members rode the swing along with the zip line to ensure we could in good conscience, allow the kids to ride! #sistersblogs, #cyocamphoward

BELOW: Giant Swing structure in place 2016

BELOW: Trained Camp Howard Staff fits a parent into the giant swing harness.

BELOW: CYO/Camp Howard Business Director, Virginia Martines takes one of the first rides on the Giant Swing to make sure it is safe for the kids to ride on!

BELOW: Camper tries out the big swing to her delight!